A Look at Lori Loughlin

A Look at Lori Loughlin

I’ve written extensively about how your client should compose their appearance before appearing in court, settlement and mediation. And while their dress is certainly a significant factor when establishing their “honest and sympathetic” image, demeanor also plays a huge role. In a recent court appearance, Lori Loughlin was seen rushing into the courtroom, while smiling and waving at fans and catcallers. From this scene alone, Ms. Loughlin may not seem like she is taking the courtroom proceedings seriously, a flippant image which can be hard to shake during litigation. This attitude, combined with a wardrobe which is far too casual for the severity of the crimes which Ms. Loughlin is facing — having allegedly paid $500,000 to have her daughter accepted to USC — could mean trouble. When compared with Felicity Huffman, who stands accused of a similar crime, the distinction couldn’t be more apparent. Ms. Huffman came to court wearing a somber black pantsuit, a stressed look playing across her face as she entered the courtroom.

Yahoo Entertainment recently interviewed me on this same subject, and you can read all of my comments on both women’s appearance and demeanor! As a seasoned trial attorney, dressing the part can make a huge difference during court sessions. Contact me to discuss your case today!

Training for the F.I.D.F. Ride
Stilettos in Mediation 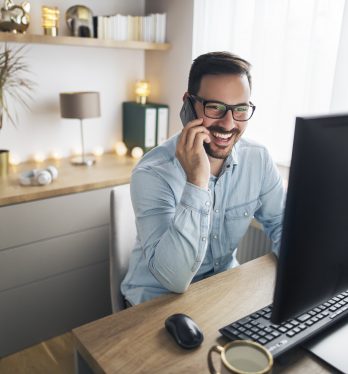 Pants are Optional: Staging Your Client for Zoom Meetings

As many attorneys take safety precautions due to COVID-19, virtual consultations have become the norm in lieu of… 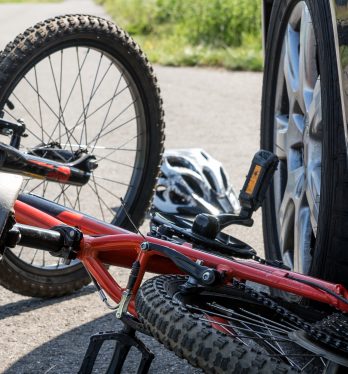 Cyclists Are Often Injured By These Common Hazards

Bike riding is a great way to get around, to get outside and enjoy the fresh air and…

Marijuana-Impaired Drivers Can Cause Devastating Crashes

A car accident can be a traumatic and dangerous experience, often resulting in serious injuries. When that accident…

What our clients are saying about us

My mediation appointment with Ms. Bogaards was more than interesting as it was conducted exclusively by phone due to the health crisis. Despite this, it went smoothly and productively. The case settled within the allotted time frame due largely in part to Ms. Bogaards persistence but also her vast experience in personal injury work. It was obvious her defense and plaintiff’s background gave her credibility with both parties. All in all, it was all a very positive experience for a first-time use. She was prepared and knew the flash points needed to get this settled. It took time but it was due to the parties obstinance, which she dealt with professionally and civilly. I’ve known Ms. Bogaards over the years from having litigated with her in her role as a defense attorney. I thought this case was perfect for a Mediator with a defense background that also does plaintiff’s work, as she does. I was very impressed with her grasp of value as regards a plaintiff’s case. She was spot on regarding the values and issues. I would not hesitate to use her again and recommend her as a Mediator to all plaintiff’s attorneys who view her strictly as a former defense attorney. She is way more than that; very efficient, there was no wasted time.

Debra Bogaards is one of the most thorough, skilled and aggressive litigators in the Bay Area. She protects her clients and their interests like a mama bear to her cubs. I speak both as a client for whom Ms. Bogaards achieved an incredible result, and as a colleague who has worked beside Ms. Bogaards and has seen her diligence and thought process. Here skillset and tremendous presence and command, regardless of the forum, makes for a most fierce litigator. Ms. Bogaards is always my first recommendation to clients and friends seeking to protect their legal rights relating to personal injuries.

Look no further. Debra is an amazing lawyer and very thorough at her job. About a year ago, we came into contact with Debra because we were being harassed and kicked out by our landlord. Out of 5 lawyers we called Debra was the only one to answer and help us out immediately. The first time we called, her amazing assistant Rachel answered and began asking me questions in order to understand our case. She immediately began the process and before we knew it, we had a meeting with Debra. Debra is beyond amazing at her job. She is professional and knowledgeable in her profession. Apart from being a great lawyer, she is a caring person. We were going through a stressful time but Debra and her assistants, Rachel and Chelsea all made us feel welcomed and helped us forget for a moment the horrible landlord we had. Debra, Chelsea, and Rachel are outstanding and work together as an amazing team. We were beyond satisfied with the results we received and glad we chose Debra to represent us. We would recommend Debra in a heartbeat. She is unbelievably amazing in her profession and as a person.

Please contact Bogaards Law to discuss your case. We welcome your phone call or email.

Attorney Advertising. This information is designed for general information only. The information presented should not be construed to be formal legal advice nor the formation of a lawyer/client relationship. Past results and testimonials are not a guarantee, warranty, or prediction of the outcome of your case, and should not be construed as such. Past results cannot guarantee future performance. Any result in a single case is not meant to create an expectation of similar results in future matters because each case involves many different factors, therefore, results will differ on a case-by-case basis.

How did we do?

Note: Your review may be shared publicly.